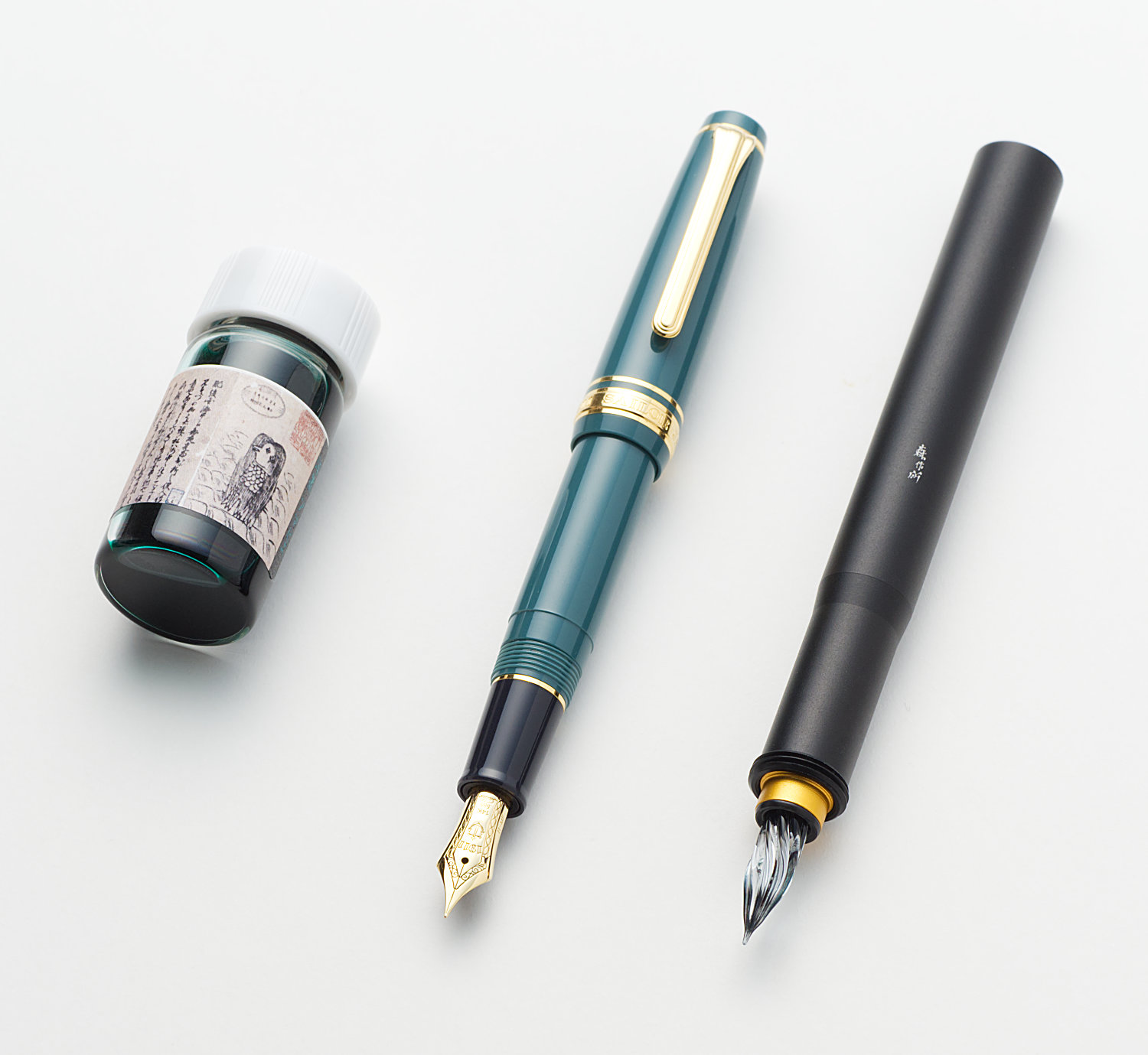 This was an unusual year. Even though Japan has been mostly open for business during the pandemic, 2020 was still challenging for retailers, event organizers, and manufacturers. Some adapted and embraced new ways to connect with customers.

There were, as usual, several stationery events planned around spring and early summer. However, as the epidemic became a pandemic, international travel ground to a halt, and the prime minister declared a state of emergency, it became clear that many of these events were no longer feasible.

Tono & Lims postponed (and eventually canceled) a spring event in Tokyo and instead organized an online event. Kamihaku did the same. Even Bungujoshi canceled two regional events and experimented with streaming instead.

These online events took various forms, but there was often a live stream, typically on Instagram, and also an online store selling event-exclusive items. The earlier events were somewhat chaotic as information was scattered across tweets, several Instagram accounts, and websites. Later in the year, planning got better.

Despite the pandemic, there were still some regular events this year. Maruzen’s annual pen fair was held in March, although in reduced form without workshops (the inks still sold out quickly). Wagner’s annual pen trading event, Tokyo International Pen Show, and Bungujoshi’s two biggest events were also held, but with various precautions: Masks, face shields, temperature checks, and social distancing.

Last year, and also the year before, I thought we were at peak inku-numa, or ink fever. I was wrong. Again. If anything, Japan got even more obsessed with ink this year.

Two standout products this year were Toos’s stub-like ribbon glass nib and Drillog’s metal dip pens with groves. The latter debuted during TIPS and is, as of this writing, still difficult to buy.

Tono & Lims started selling inks made for glass pens, with more pigments and particles than a fountain pen feed can handle. This caused a bit of controversy: Veteran glass pen maker Sase wrote, in an angry tweet, that such inks are not suitable for glass pens and that those who sell such inks don’t understand glass pens.

Tono & Lims may be the new Godzilla of ink, but Sailor still has one stronghold: So-called gotouchi (ご当地) or regional inks. That was was also the main theme of Bungujoshi’s popular Inku-numa event in August, where vendors from Kyushu to Hokkaido sold their store-exclusive Sailor inks.

The most popular inks for fountain pens this year were pastel-colored, chromo shading inks such as Athena Ginkan, Kobayashi Clematis, and Bechori’s Bechorism inks. By contrast, inks for glass pens, such as Tono & Lims Bedroom in Arles and Kobayashi’s sword inks, were typically shimmering and more saturated.

Return of the pocket pen

In December last year, Sailor revived its pocket-size Pro Gear Slim Mini model. In August this year, Sailor refreshed the Slim Mini lineup with new colors and with a blind cap without threads.

Sailor was not the only pen maker releasing pocket pens. Fukuoka-based Hightide released a pocket pen called Attache, which looked suspiciously similar to a Moonman N8, and Helico expanded its lineup of colorful pocket pens.

Japanese stationery retailers have traditionally been slow to adopt e-commerce. Tokyo residents wanting to buy the latest Kobayashi or Usagiya pen usually had to spend a day on the shinkansen, local trains, and buses.

For foreign buyers, the lack of online stores has been even more frustrating, and led to a cottage industry of scalpers. Ebay is littered with Japanese pen listings from unauthorized resellers, often with markups north of 100 USD.

Fortunately, more and more retailers are opening online stores. The pandemic has undoubtedly been an accelerant. It is now possible to buy pens and/or inks, online, from Maruzen, Penpoint, Ishimaru Bunkodo Usagiya, Pentonote, Kawasaki Bunguten, Hachimonjiya, Pen-land, Lichtope, and even Kobayashi.

Most of these online stores only offer domestic shipping, but affordable proxy services such as Buyee, Blackship, Tenso, White Rabbit and Zenmarket allow foreign customers to buy Japanese pens without paying scalpers.

The biggest trend this year is this shift to e-commerce and online events. While I always enjoy visiting beautiful stores such as Kakimori and Shosaikan, I do think this transformation is positive overall, and am excited to see what happens next year.