Japan has a long tradition of urushi lacquerware, going all the way back to the Jomon period. Over the years, multiple regional forms such as Wajima-nuri and Kyo Shikki, and decorative techniques like maki-e and chinkin, have evolved.

Urushi is a time-consuming craft. Sap is extracted from the lacquer tree, filtered, often mixed with pigment such as vermilion, and painstakingly coated in many layers, on everything from rice bowls and trays to cars. This coating is not only decorative but has practical benefits, being durable and resistant to heat and moisture. 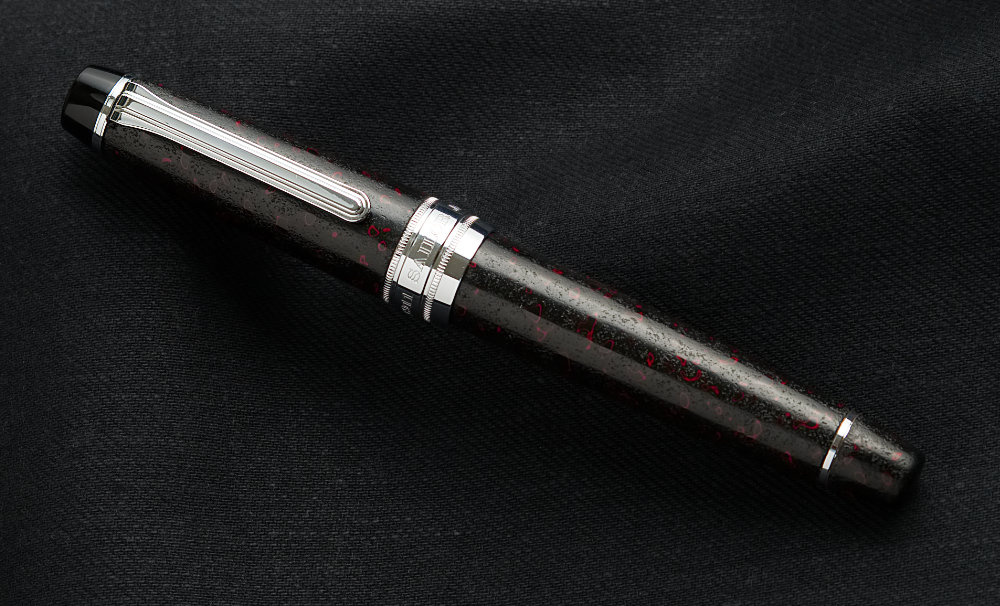 Bokumondoh is a one-person urushi studio in Tokyo. The owner, Hiroko Makino, is trained in Tsugaru-nuri, a style of lacquerware from Aomori in northern Japan. Tsugaru-nuri is considered a form of kawari-nuri, i.e., experimental, free-style lacquer, often with textures and contrasting colors.

Initially, Bokumondoh worked mostly on sheaths, shamisen, and wooden boxes. In the last few years, they have also made a name for themselves in the fountain pen community, through impressive work commissioned by Stylo Art, Helico, Casa della Stilografica, and others. According to Bokumondoh, prolific collector Leigh Reyes played a big role in this successful pivot, being an early and social media savvy supporter. 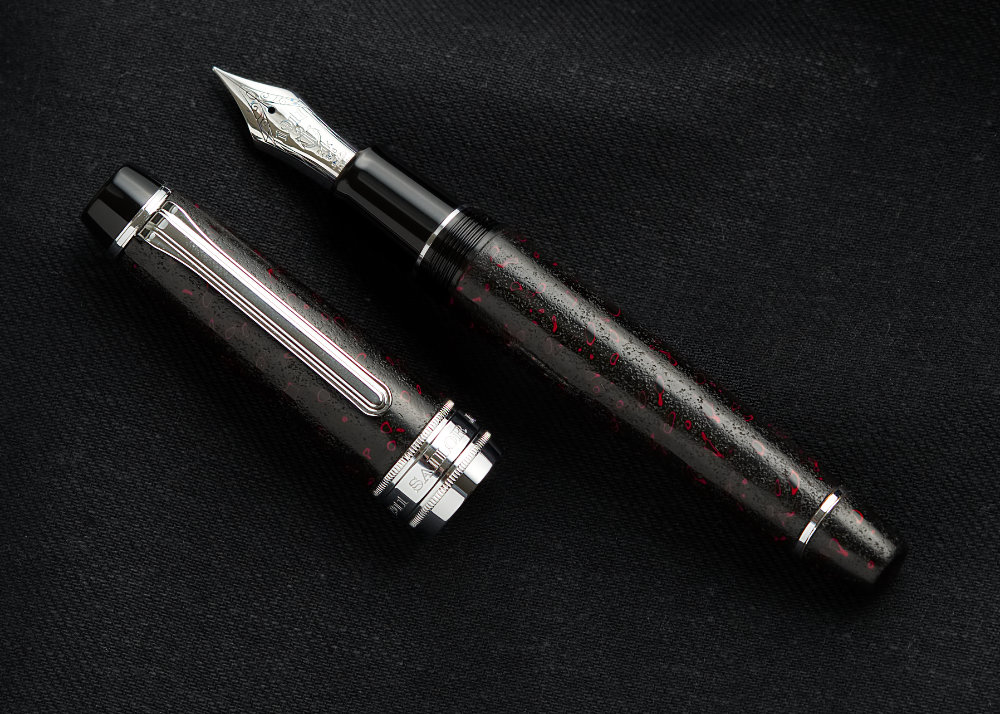 One day in March, a friend and I visited Bokumondoh’s atelier in western Tokyo. A few weeks earlier, I had had the opportunity to see some of @mickeyckeith’s and @dandon375’s pens with urushi work by Bokumondoh, and now wanted my own urushi pen.

My plan was to ask for an ishime-ji design, based on a blog post I found. However, after discussing with Makino-san and seeing her collection of wooden blocks with urushi samples, I changed my mind, to monsha-nuri. 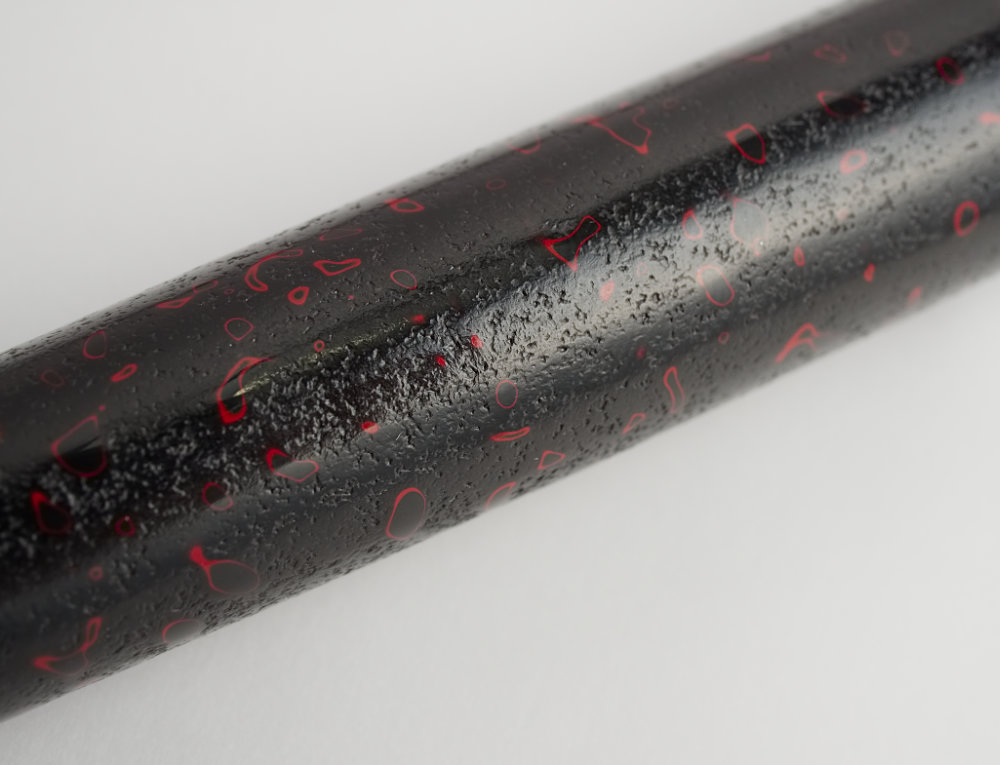 Monsha-nuri is one of the four principal Tsugaru-nuri techniques. In short, a decorative pattern is painted, typically with black urushi mixed with egg white, several times, to make a relief. Then, the entire surface is covered with urushi, and charcoal powder is added. Finally, the surface is polished to make the glossy pattern emerge from the matte charcoal. 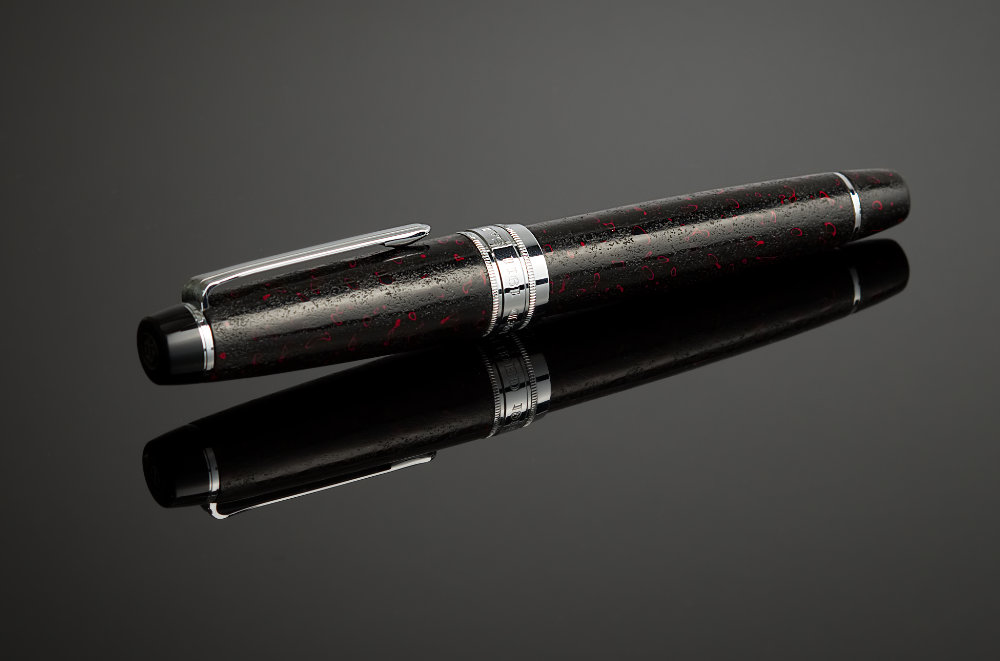 A fews weeks after our visit, my pen was ready, and I went back to pick it up. Although I had seen a picture preview of the final result, I still couldn’t believe my eyes.

This is one stunning urushi coating. Discreet, elegant, and highly detailed. I particularly love the contrast between matte and glossy, and the red border around the glossy islands.

So, this is it. I’m now hooked on urushi, and have already given Makino-san a second pen to work on. 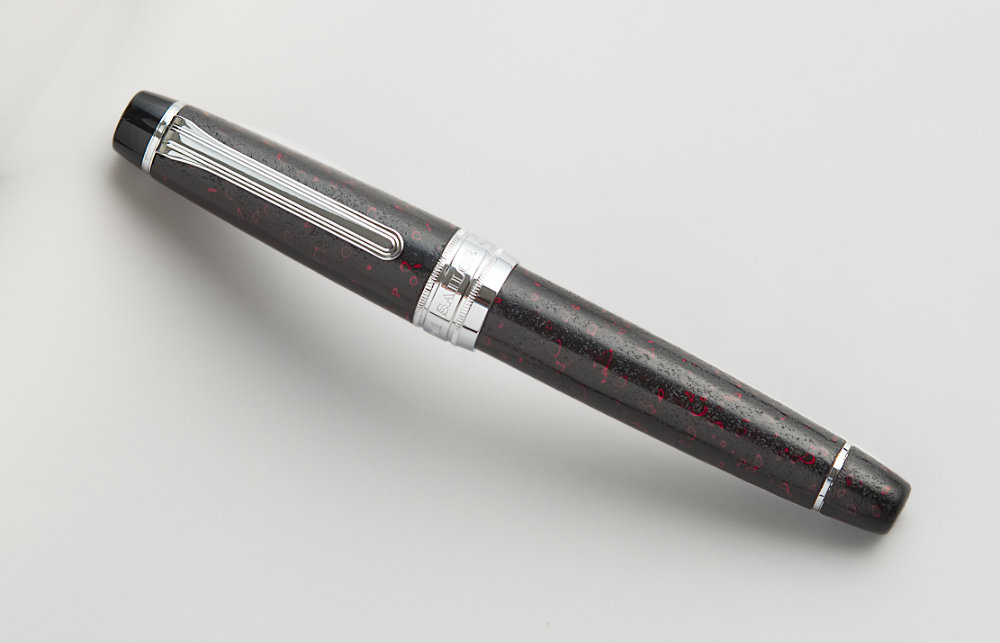 To order from Bokumondoh, have a look at their Instagram feed, pick a design you like, and send them an email. If you are able to communicate in Japanese, they are happy to accommodate new, custom designs as well.