Regular readers will be familiar with our local pen club here, Wagner. Outside Japan, Wagner is probably most known for its limited-edition Platinum 3776 models, coveted by many Platinum fans, and, until recently, difficult to obtain from overseas. 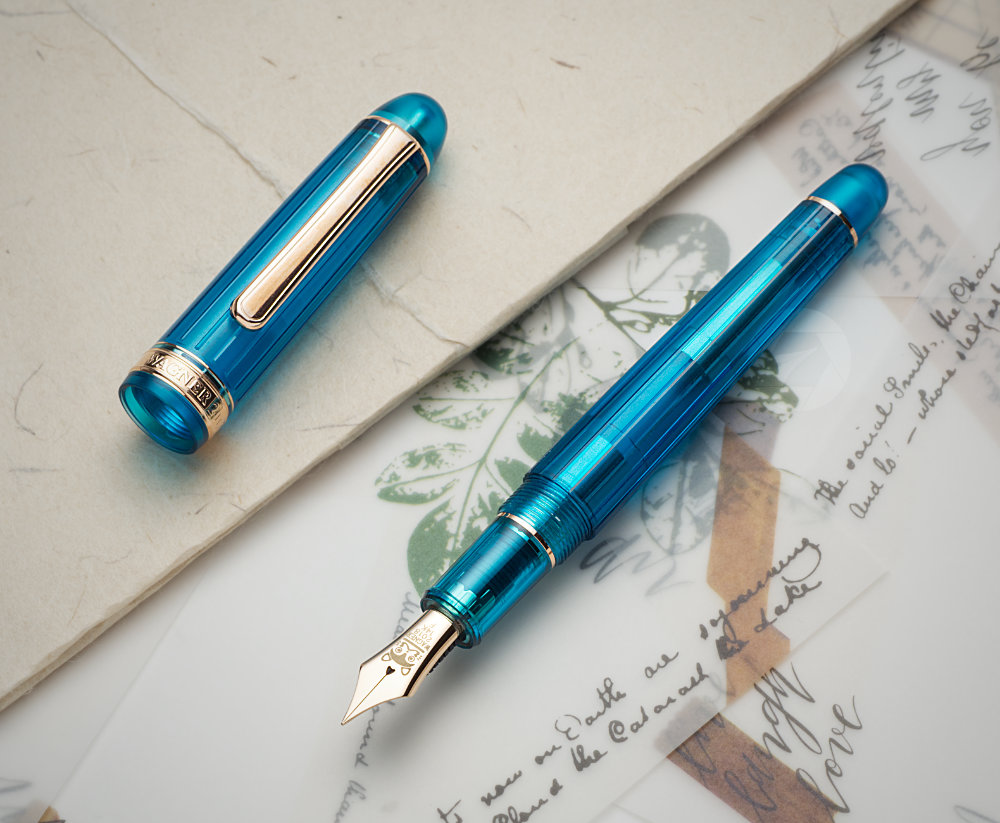 One of the most popular and fastest-selling models was the 2018 edition. It was based on Platinum’s regular 3776 Nice, but in turquoise, came with a rose gold-plated converter, had a Wagner imprint on the cap band and a laser-engraved nib. 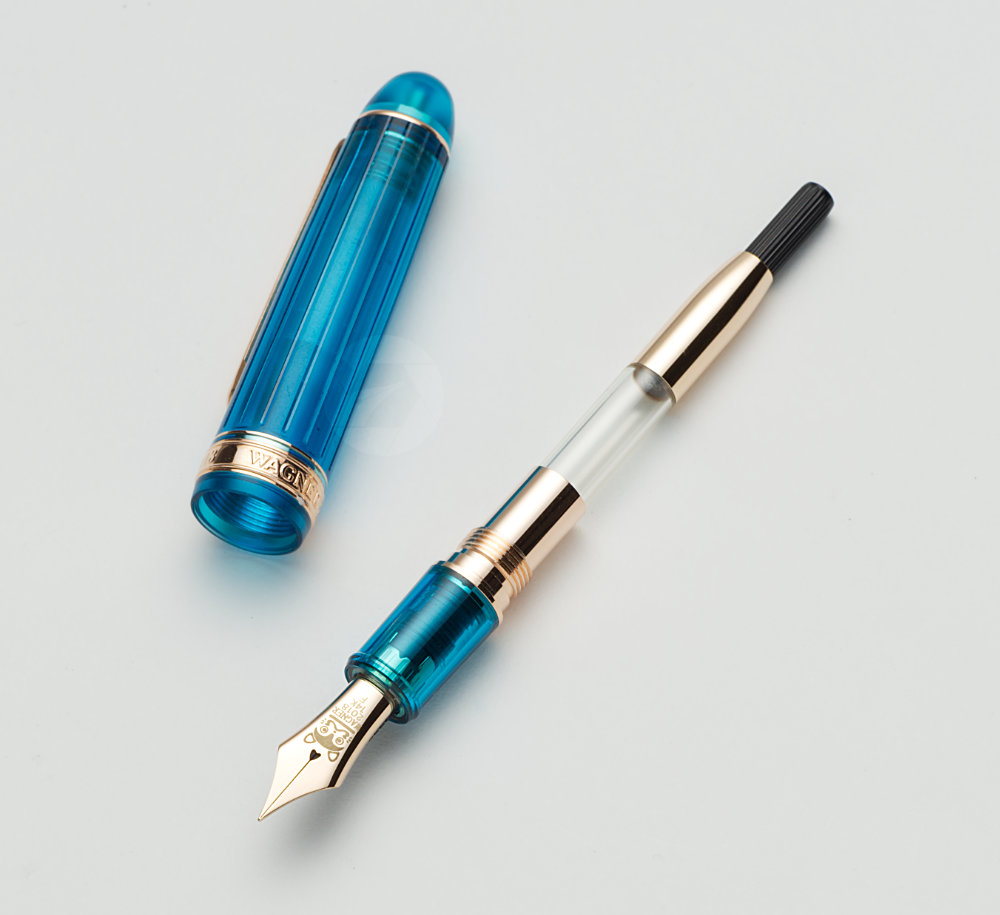 Three nib options were offered: F, SF, and M. There were 50 of each. SF and M nibs had a Shiba Inu and pen engraving, while the F nib, shown here, had a komainu (狛犬), or lion-dog, engraved. 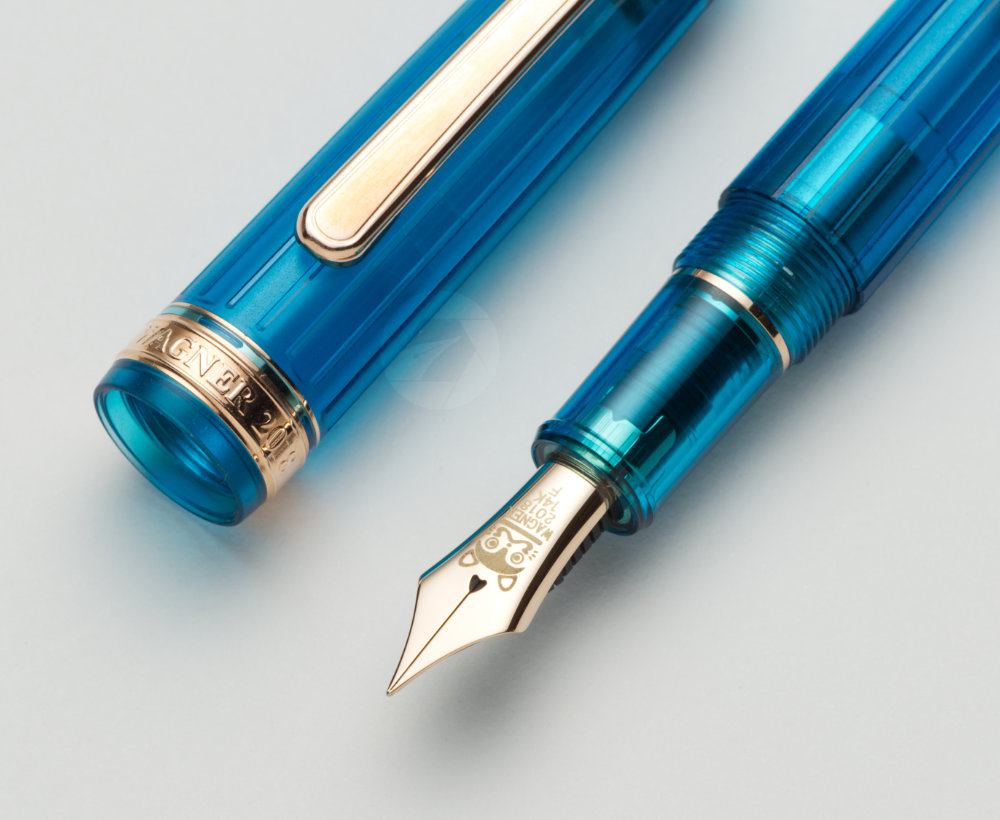 As usual with Wagner’s pens, this model was sold at their pen shows and club meetings, and also directly sold to Wagner members via a mailing list. It was a popular model: The M nib sold out in 24 hours. 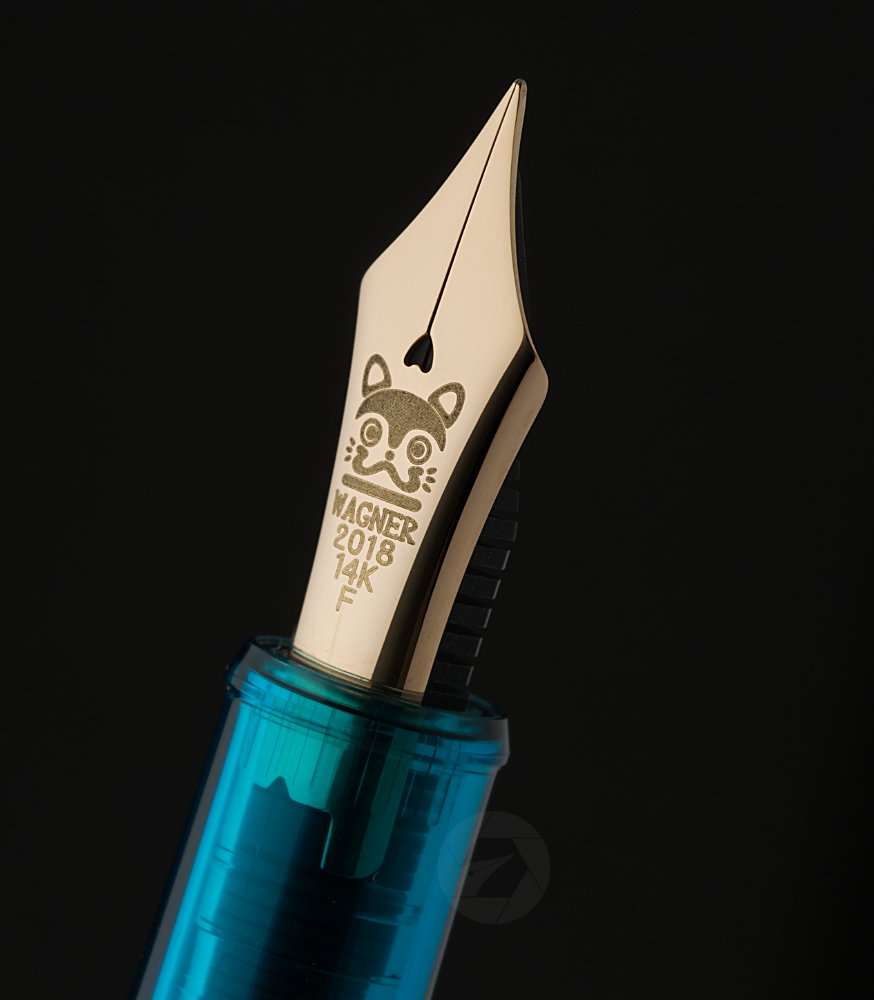 The best way to find these pens today, is on Japan’s second-hand markets, mainly Mercari and Yahoo Auctions. Another option is to attend Wagner’s pen shows. That’s how I got my 2015, 2017, and 2019 models. 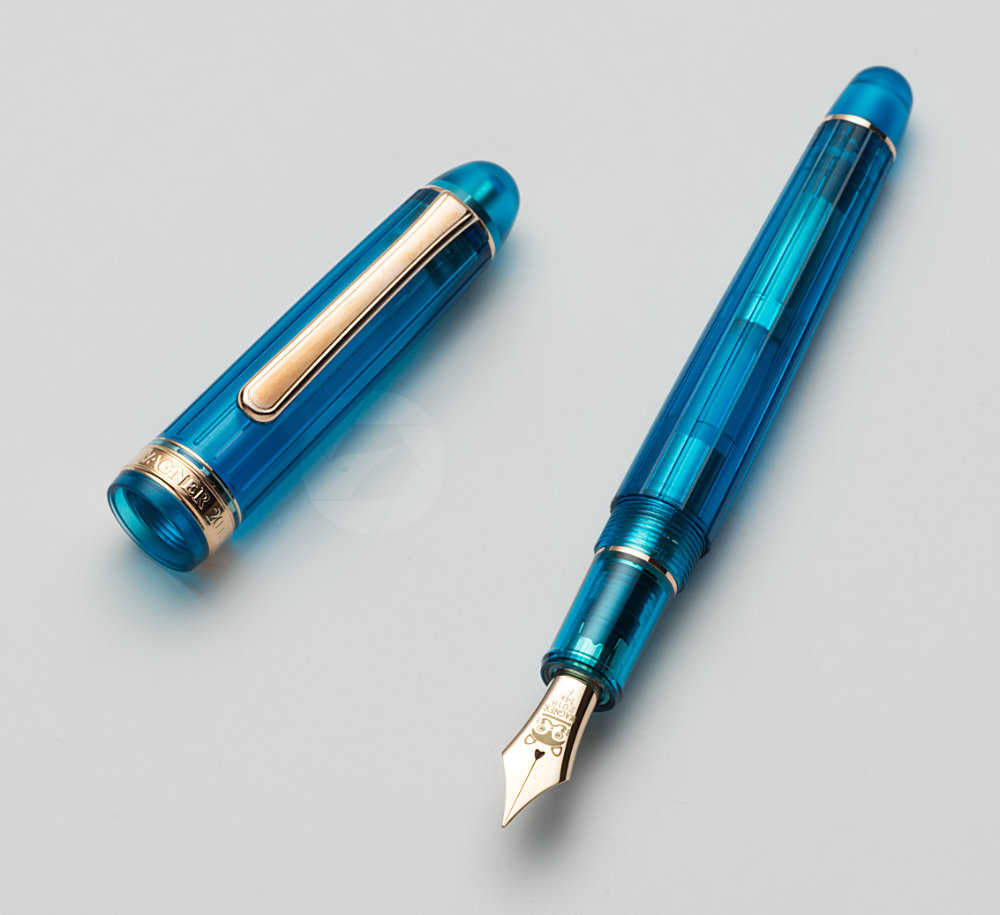 Unfortunately, it seems as if there won’t be any more Wagner 3776 pens with Nice-style “shaper cut” groves in the barrel. According to Wagner’s head honcho Mori-san, Platinum’s Nice models are prone to cracks, so he switched to regular barrels. That’s unfortunate, as they look so good!