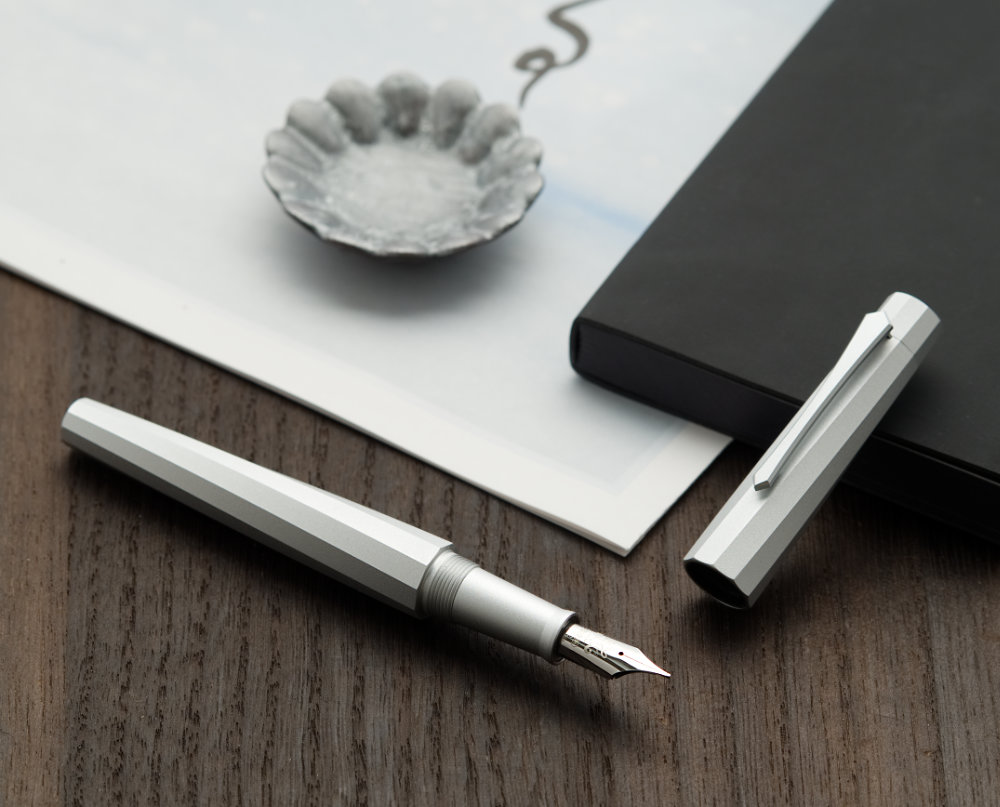 Long37, the mastermind behind Chinese pen maker PenBBS and owner of its namesake discussion forum, has been on a roll lately. Last autumn, PenBBS released the double-ended 469 and 456 vacuum filler in rapid succession, followed by the somewhat controversial 355 “bulkfiller” just before year-end. This year has already seen two new models: The 471 pocket pen, and the subject of this post: Model 380. 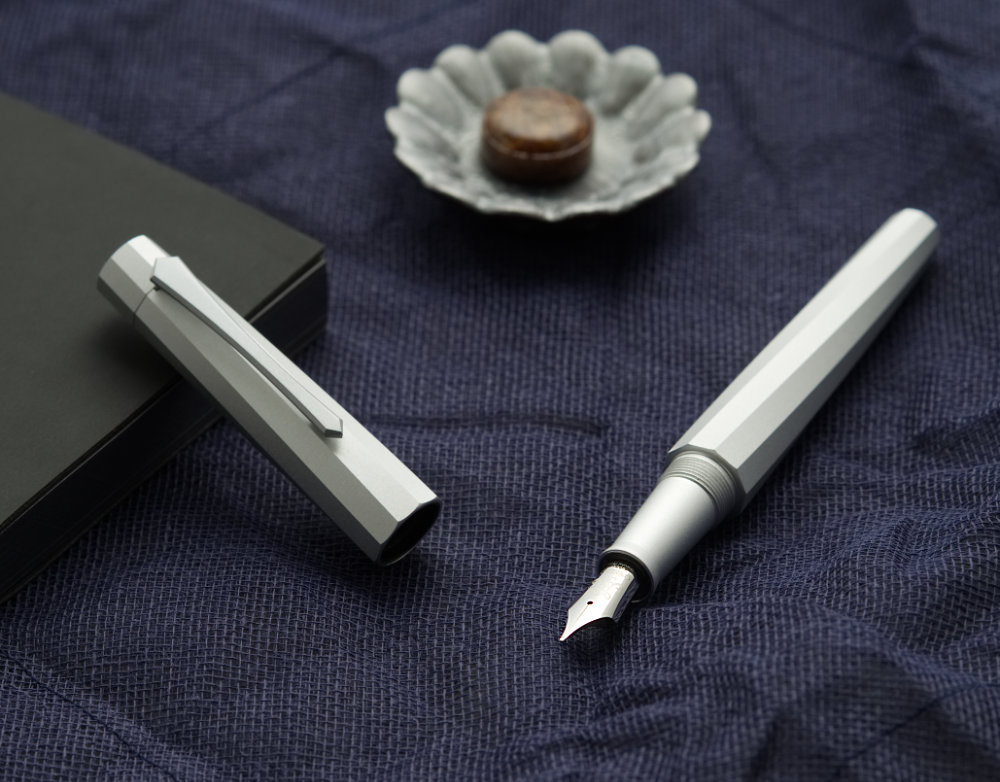 In late December, PenBBS member Beini posted a teaser image on Instagram. Less than three weeks later, the pen was released on their Etsy store and sold out faster than a Franklin-Christoph stock room drop. I managed to snag one in “silver velvet,” one of three finishes, with a medium nib (380-106SM).

Let’s get the obvious out of the way first: Yes, the faceted barrel design is reminiscent of a Nakaya Decapod. A homage, to be sure, not unlike what pen makers Taccia and Newton Pens have done in the recent past.

PenBBS 380 is not an urushi-covered ebonite pen though. Body material is aluminum, which presumably is more practical to manufacture at scale, and also gives this pen a more distinctive look and feel: Less of a graduation gift and more of a rugged EDC companion.

Unlike other recent models, PenBBS 380 is a cartridge/converter-filled pen, and ships with their usual converter. It is not a standard international one, but a format similar to Lamy and Parker. Possibly a Hero standard. For a detailed overview of what is compatible with it, see PenBBS Cartridge/Converter Compatibility Guide.

Compared to PenBBS’s other aluminum pen, 350, this new model is significantly longer: 145 vs. 130mm capped. At 36 grams, it is a relatively heavy pen, and the cap accounts for more than a third of the weight. While it is possible to post this pen, I found it to be uncomfortable. 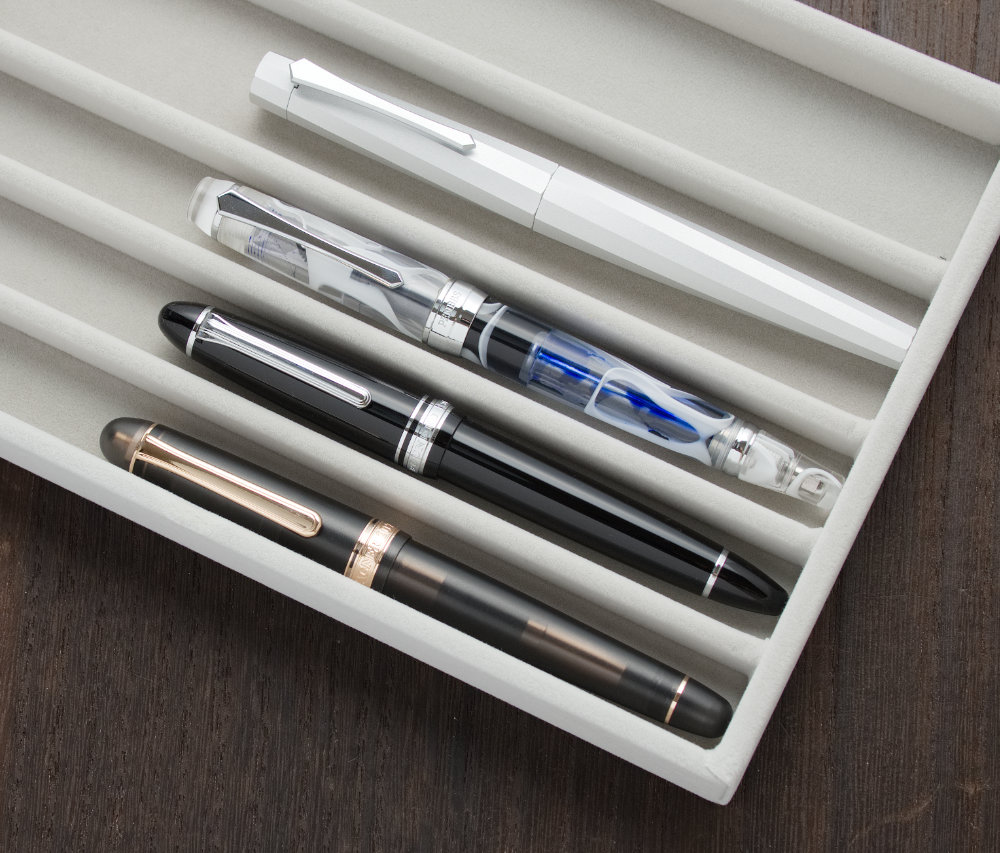 The section is somewhat slippery, just like on the smaller 350. A grippier texture would have been nice. Another concern is that the step down is significant and rather sharp. My thumb often scratches against the edges of the faceted barrel when adjusting my grip. 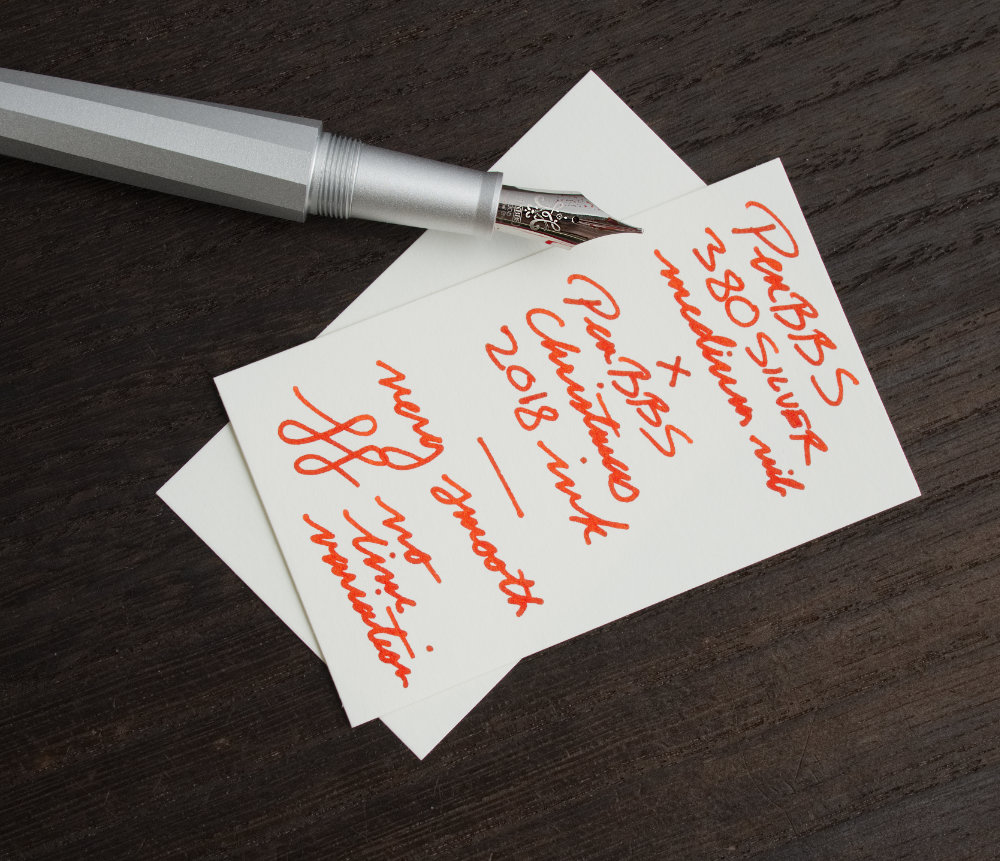 My pen same with PenBBS’s new round medium nib, which debuted with the 355 model a month ago. It is broader and smoother than their standard, slightly bent fine nib. It might even be a bit broader than a Jowo medium.

The fact that PenBBS now offers medium, not typically favored in China according to those who know, can be interpreted as a sign that they have international expansion in mind.

The new, swirly nib design looks great, and I like the “Shanghai China” imprint. To me, this nib says proudly made in Shanghai, a bit like how Apple puts “designed in California” on their wares.

While I haven’t used the pen long enough to do a thorough review, I’m mostly positive so far. The step down is a bit of a problem, and I would have preferred a grippier section, but the pen looks fantastic, has a nice heft, seems solidly built, and it is great to see more nib options. 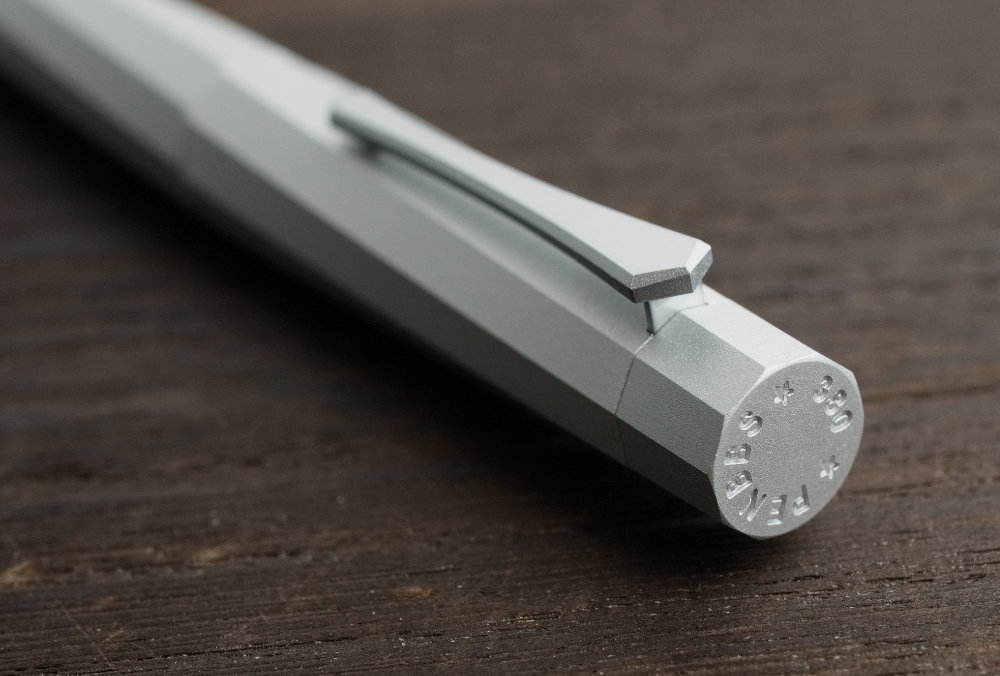 For those who prefer acrylic barrels, Beini has already hinted that something might be coming.