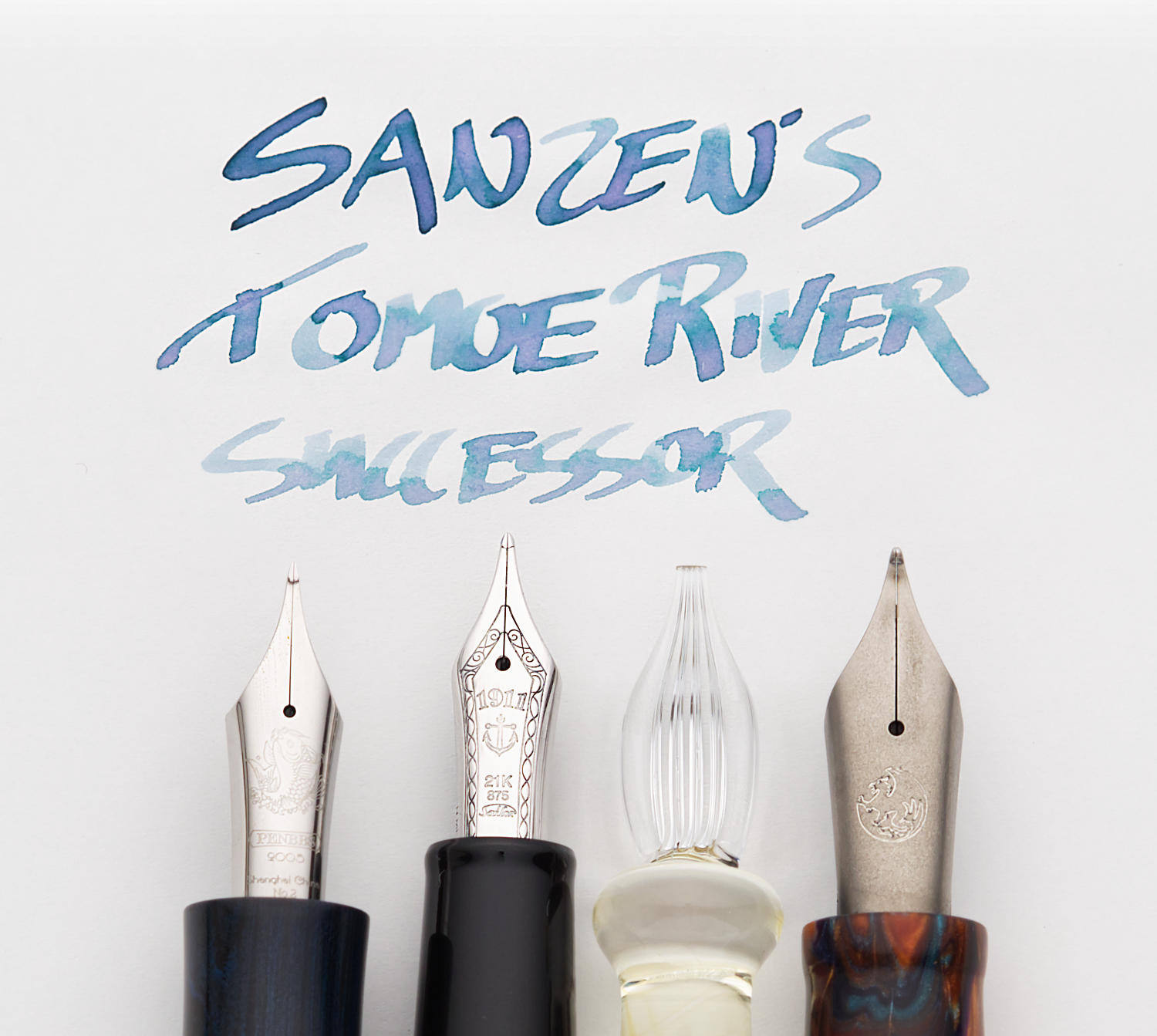 On October 28th, Tomoegawa announced that it had reached an agreement to sell all rights to Tomoe River, as well as remaining inventory, to Sanzen Paper, a paper manufacturer based in Kanazawa. Sanzen is owned by Chuetsu Pulp, which in turn is affiliated with Oji Paper, Japan’s largest paper manufacturing conglomerate.

This announcement finally ended months of speculation about the future of Tomoe River. Back in May, Tomoegawa announced that the now-famous Shizuoka machine #9, to which Tomoe River production was moved in 2020, would be shut down by the end of the fiscal year.

Sanzen has already moved production to its own machines and will start shipping Tomoe River on November 29th. However, since they took over Tomoegawa’s inventory, it will likely be a few months before we see Sanzen-manufactured Tomoe River on the market.

Fortunately, I was able to get hold of1 a few samples of Sanzen’s paper. The name of this paper is Tomoe River Successor. That might not be the final name, but it is what I’ve been asked to call it for now. This is Sanzen’s version of Tomoegawa’s popular 52gsm Tomoe River techo paper.

Before we continue, let’s sort out the terminology:

For the latest few days, I have been testing this new paper extensively, using zoom, coarse, fude, naginata, and PenBBS calligraphy nibs as well as a monster glass nib. I have also compared it to both “old” and “new” Tomoe River 52gsm. The inks I used were: 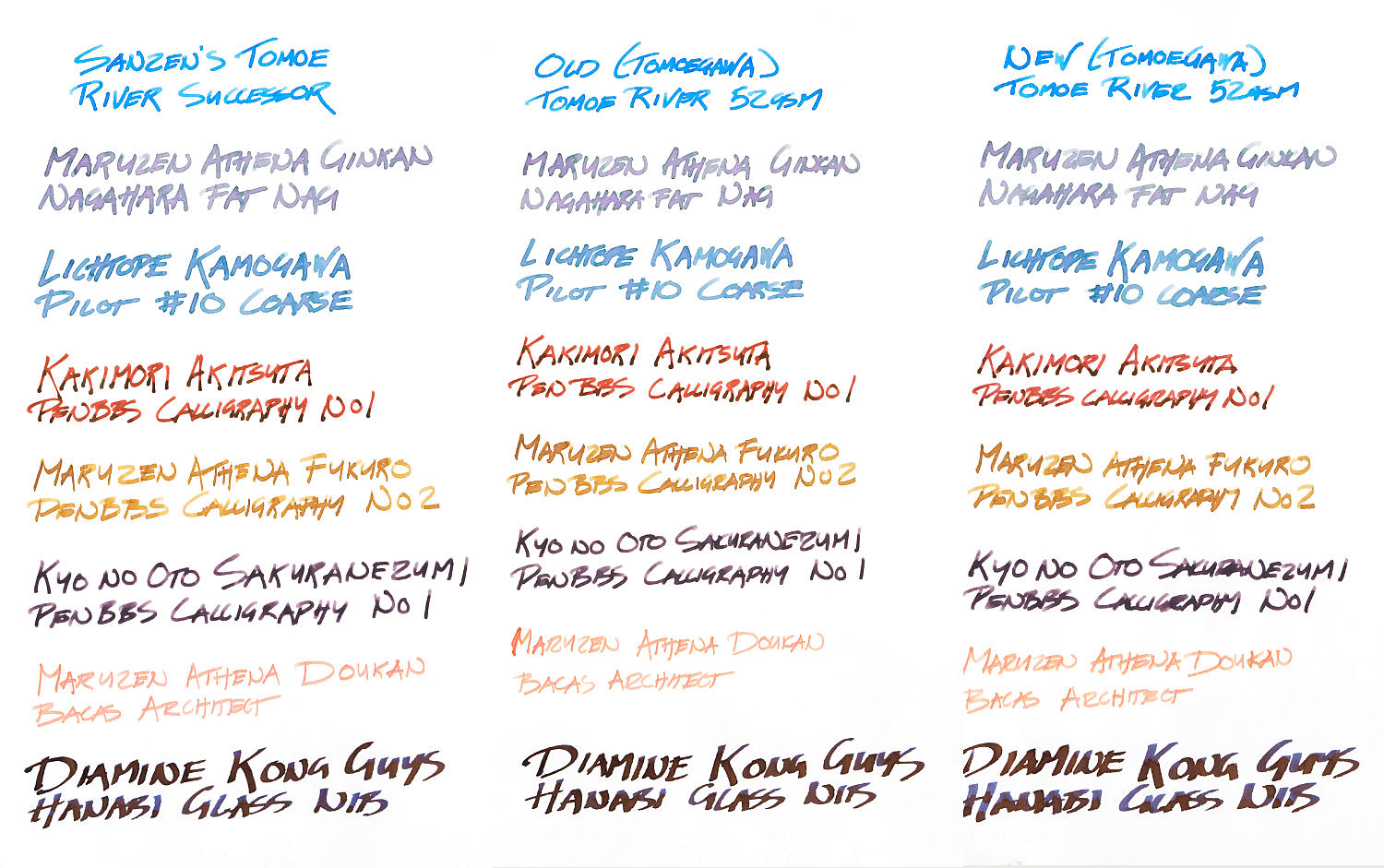 Sanzen’s paper is impressive. It seems to take any ink you throw at it, even Kakimori’s Akitsuta, which feathers and bleeds on pretty much anything, including “new” Tomoe River.

In terms of shading, sheen, and vibrancy, Sanzen’s paper consistently outperformed “new” Tomoe River and was mostly on par with the old paper. See closeup photos below.

There was slightly less ghosting (show-through) on Sanzen’s paper than on the others. It was also the only paper that didn’t suffer any bleedthrough, even with my ridiculous nibs. An impressive feat. 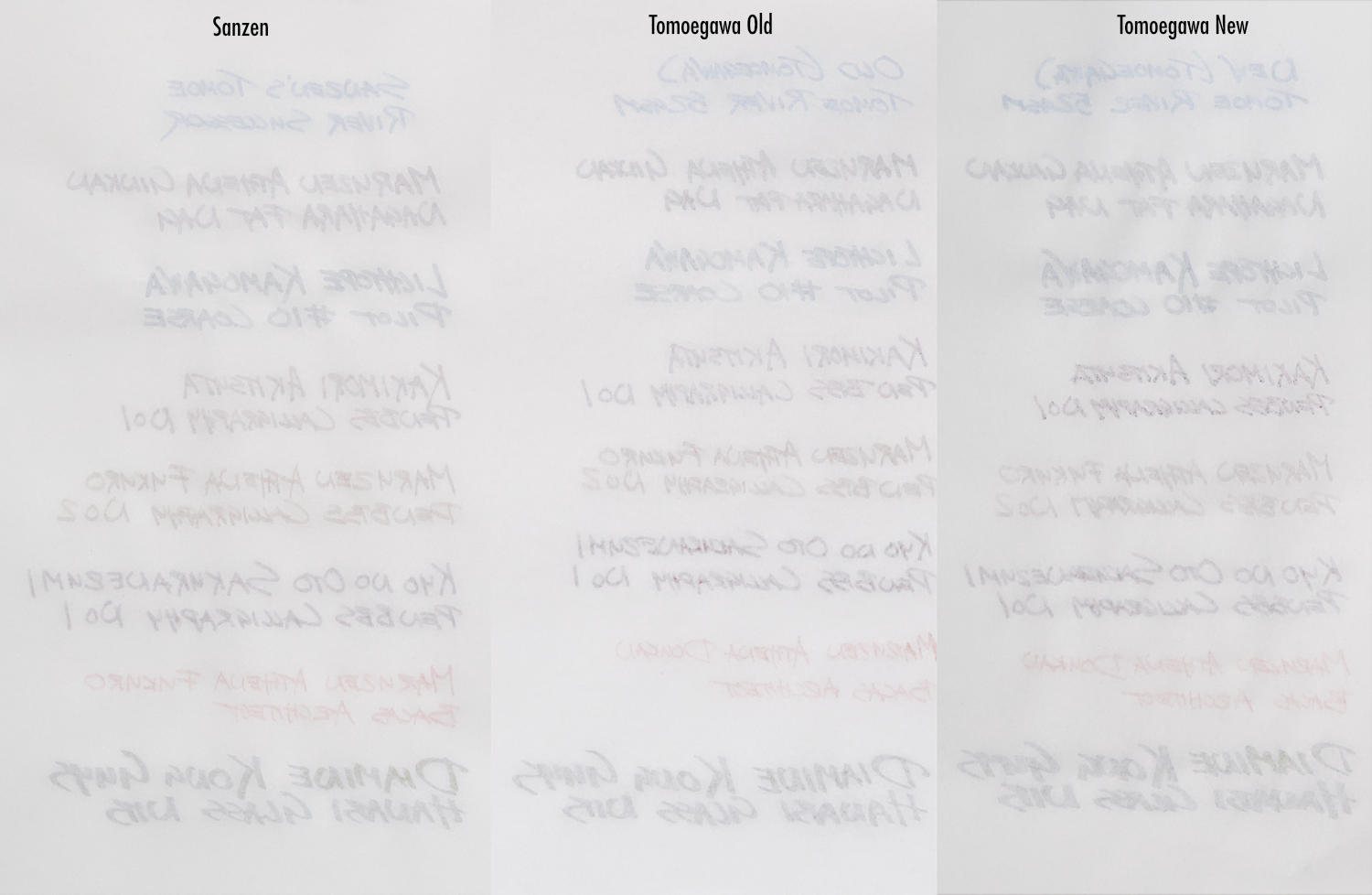 The biggest difference is one that is hard to tell from photos: Sanzen’s paper has a bit more texture. Perhaps because of that, lines have ever so slightly rougher edges than “old” Tomoe River.

As Yagan Kiely pointed out when comparing “new” and “old” Tomoe River a while back, the “new” paper also has jagged edges. It’s less pronounced on Sanzen’s paper, though. It may be my old eyes, but I can’t see it without a macro lens or loupe.

There is undoubtedly going to be a vocal minority that clings to “old” Tomoe River and argues that nothing compares to it. However, I suspect that the vast majority of fountain pen and stationery fans are going to be happy with Sanzen’s paper.

Personally, as I prefer a bit of texture, I’d say Sanzen’s paper is my favorite version of Tomoe River so far. 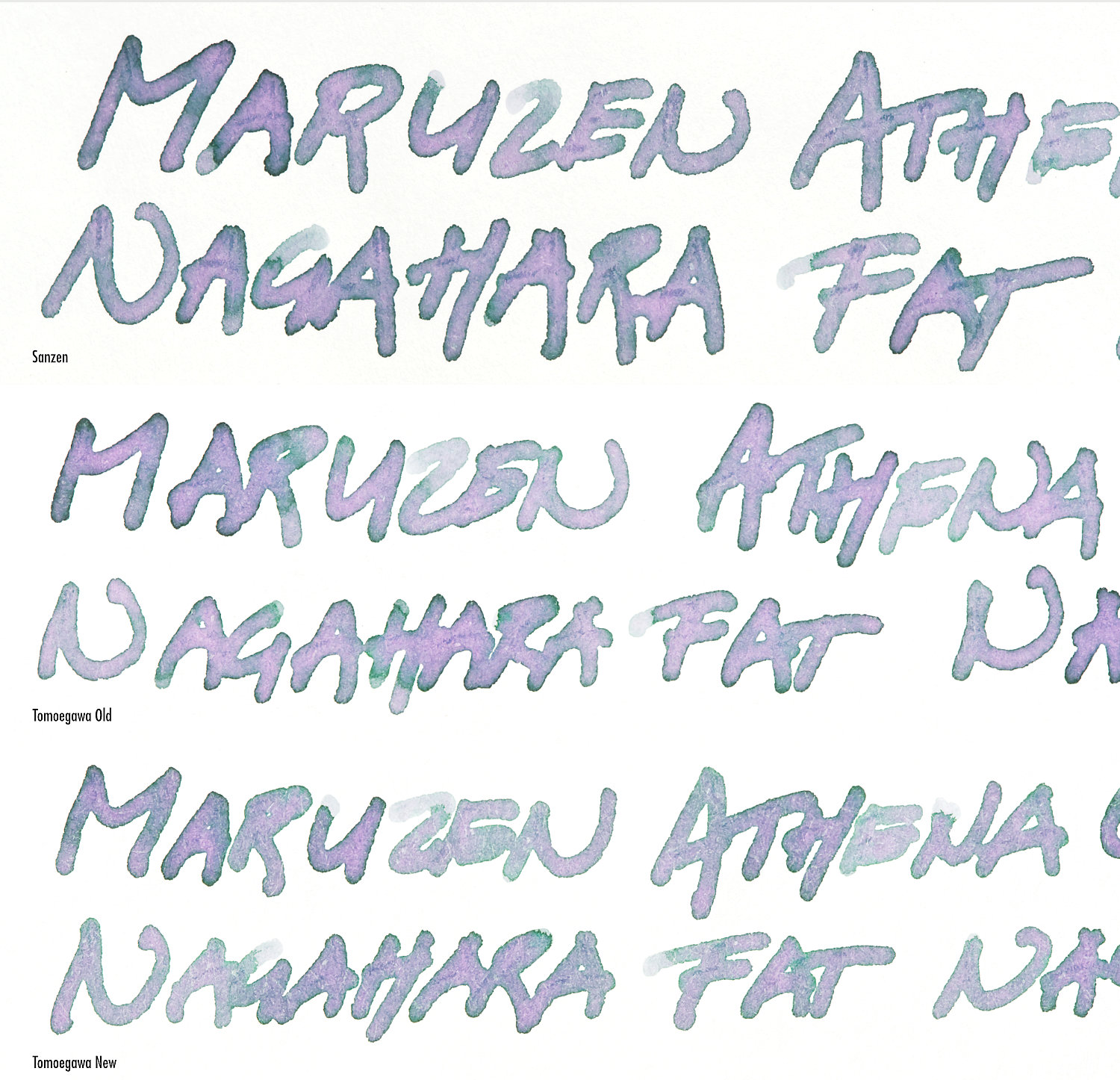 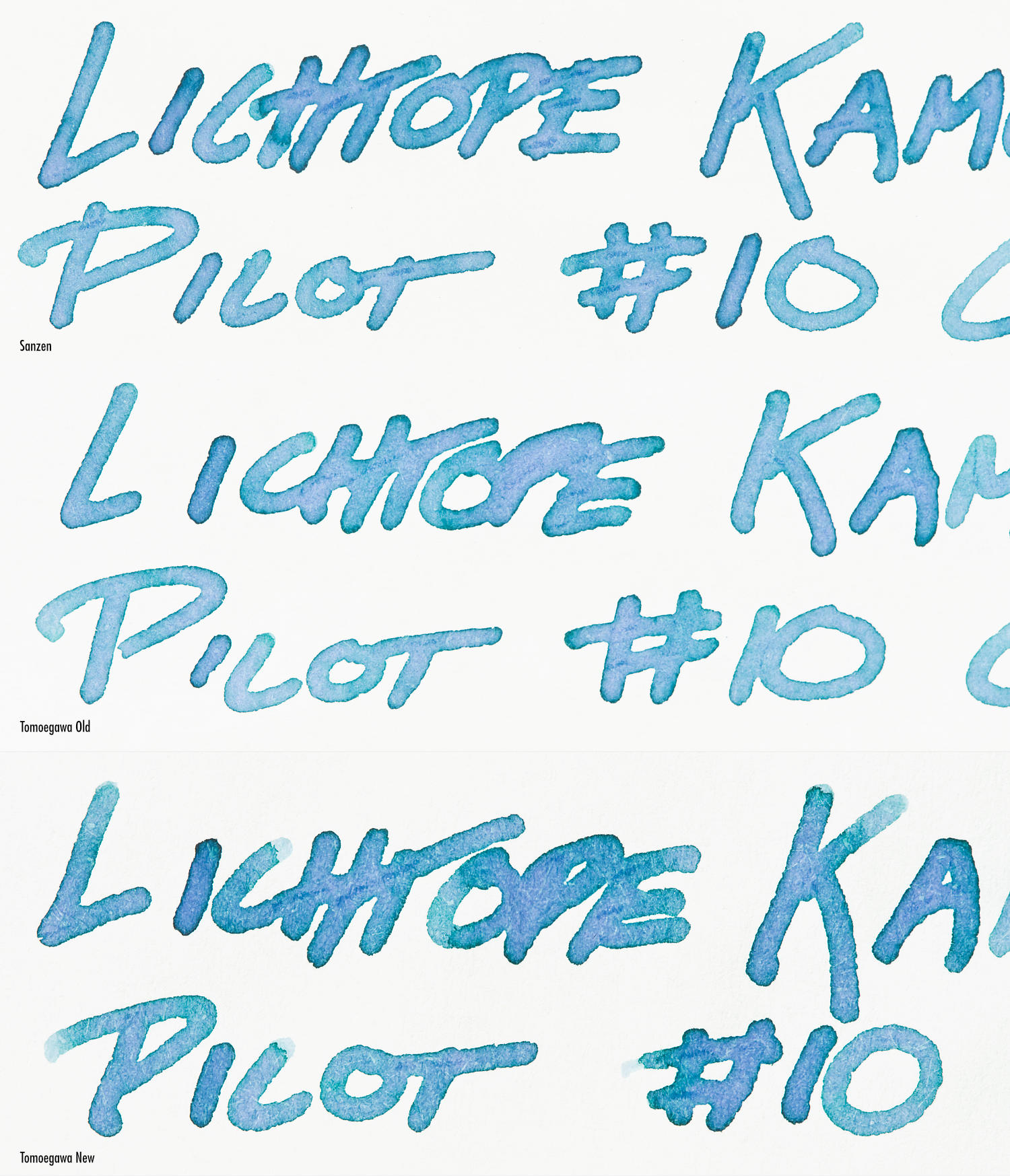 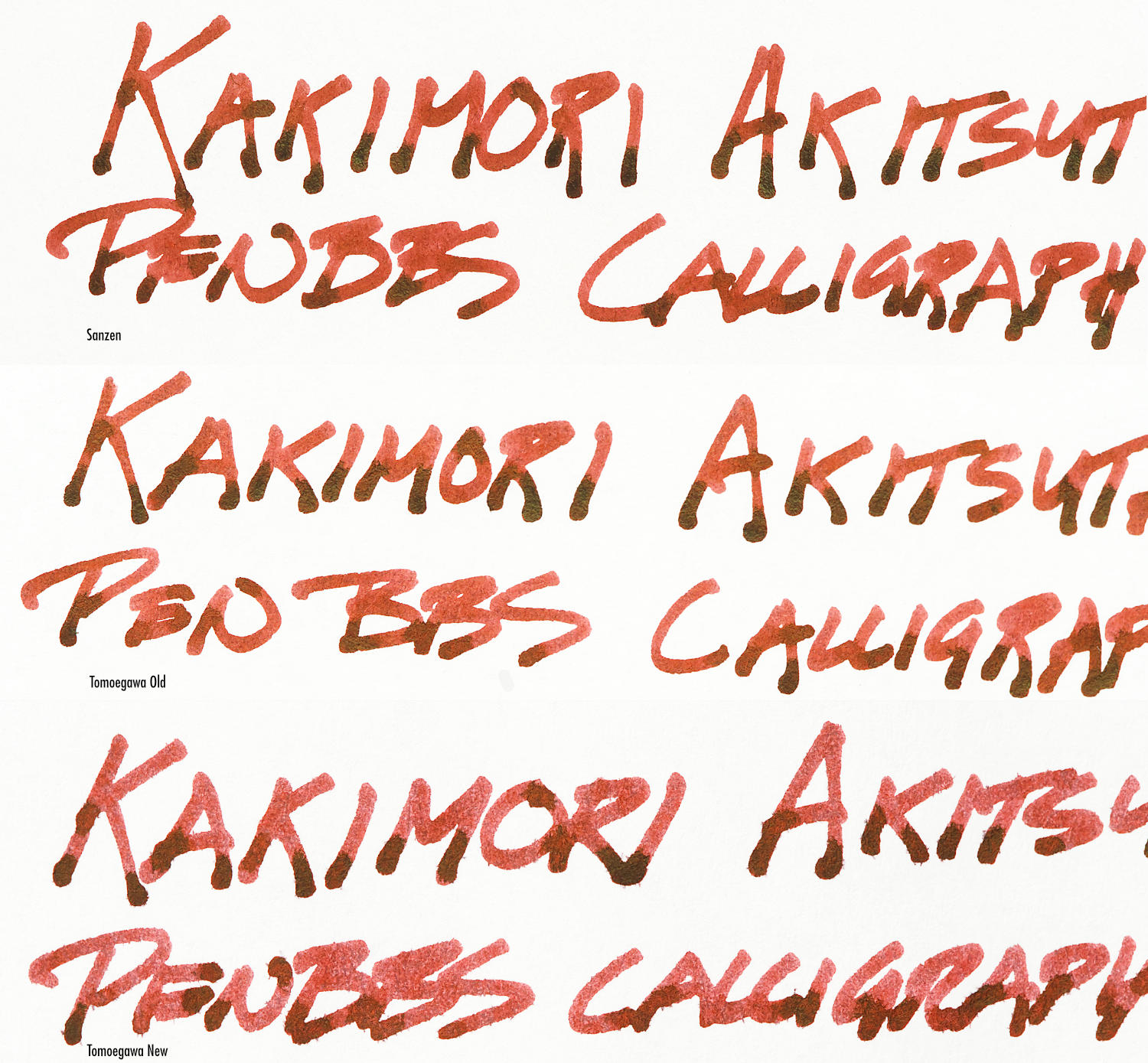 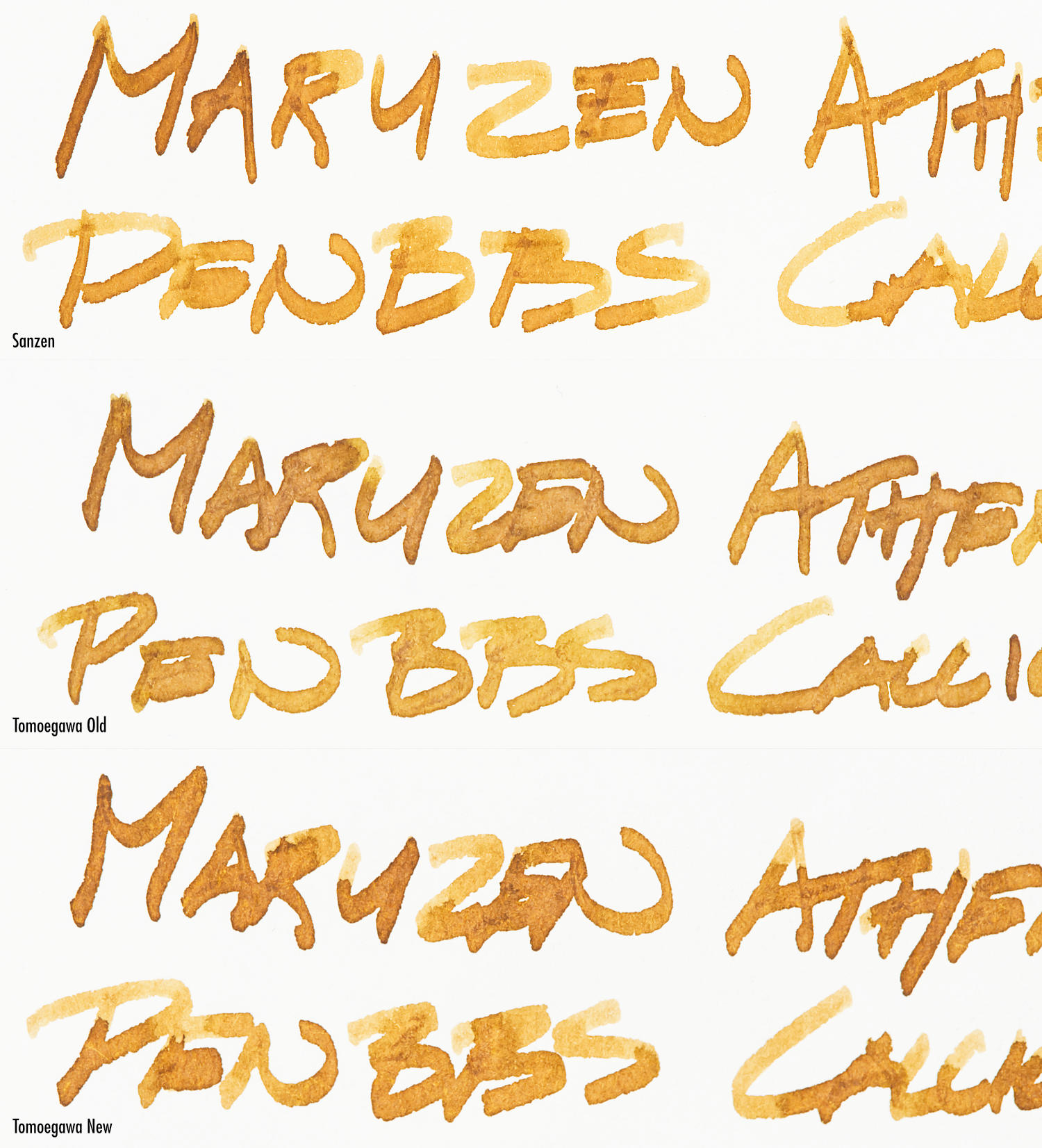 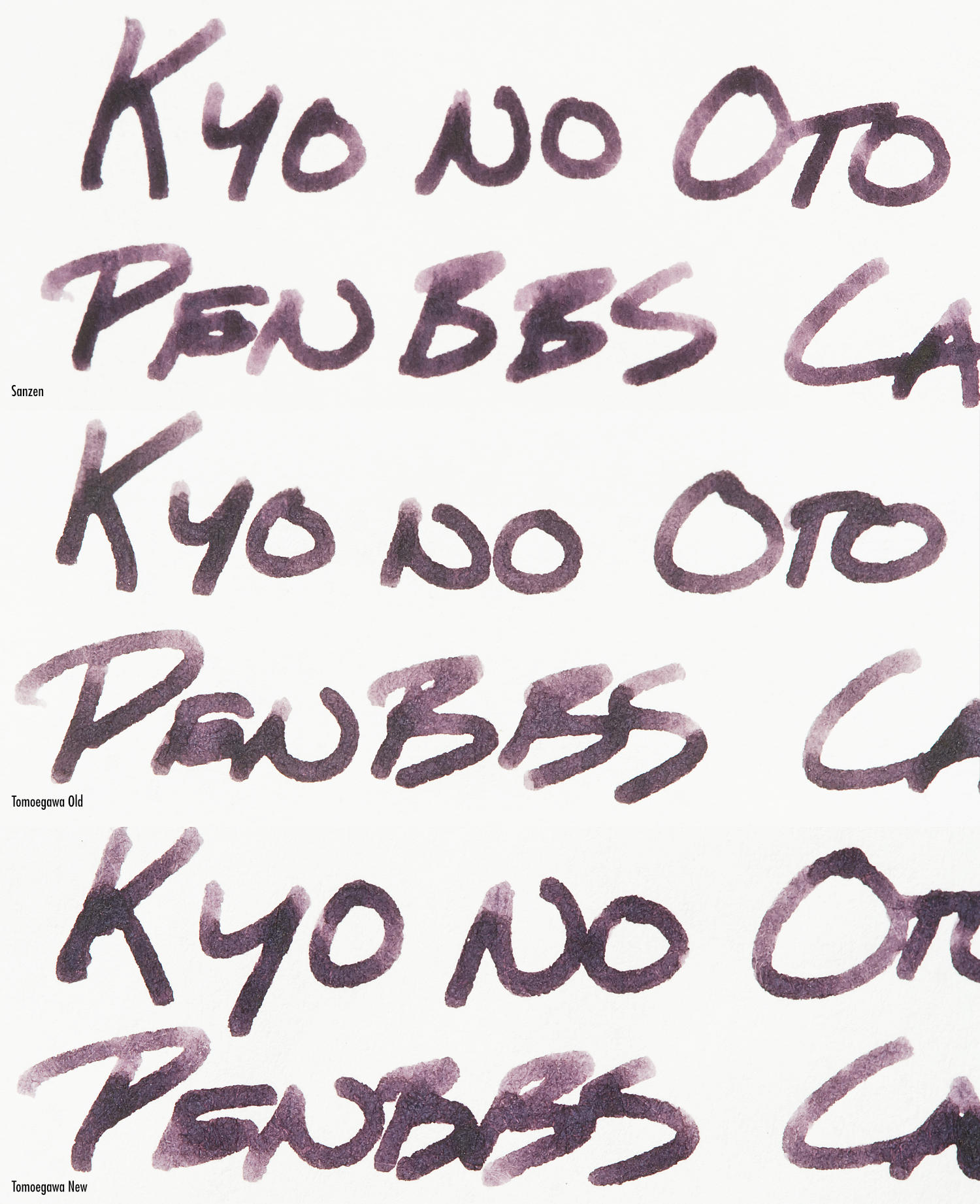 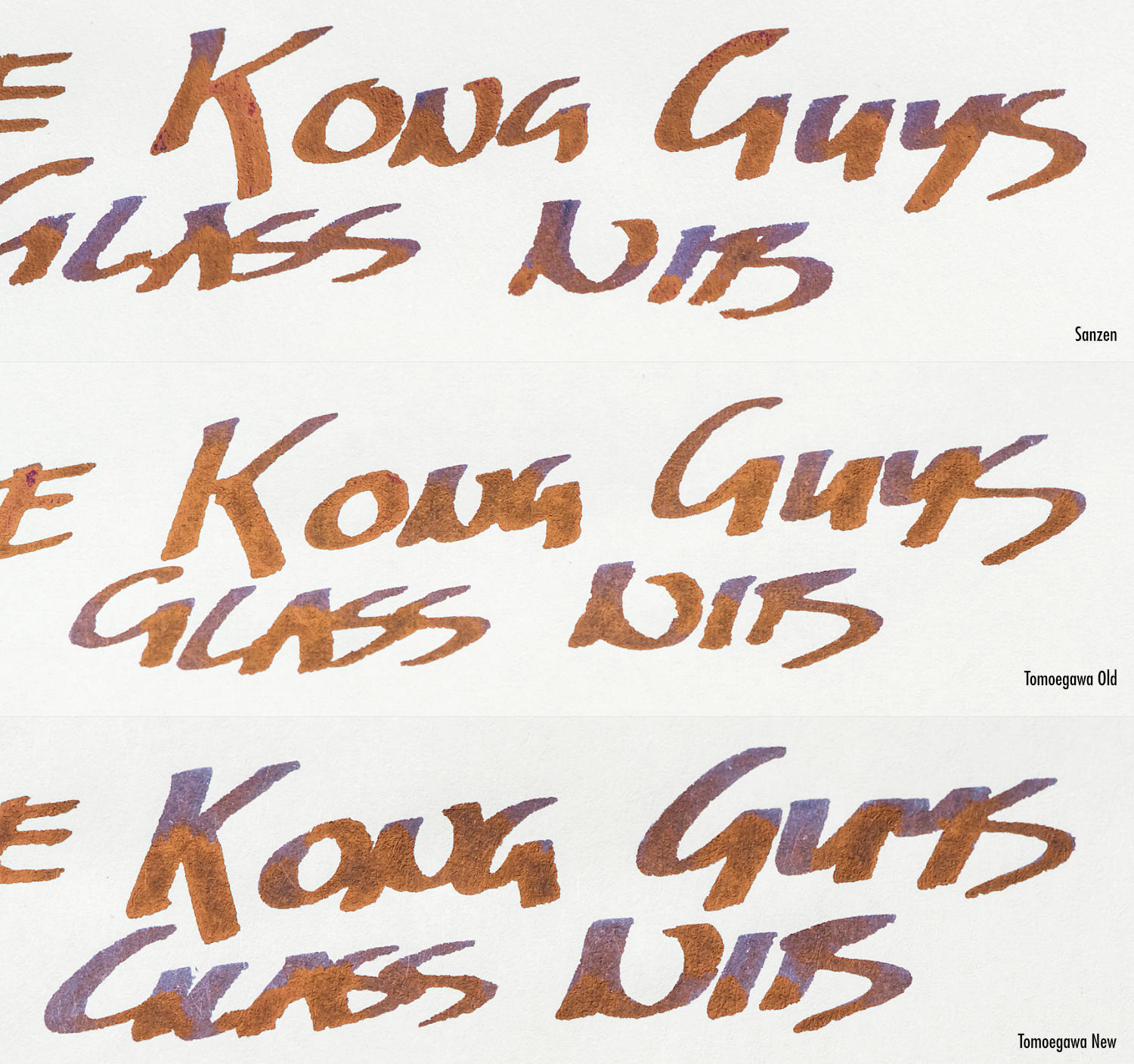