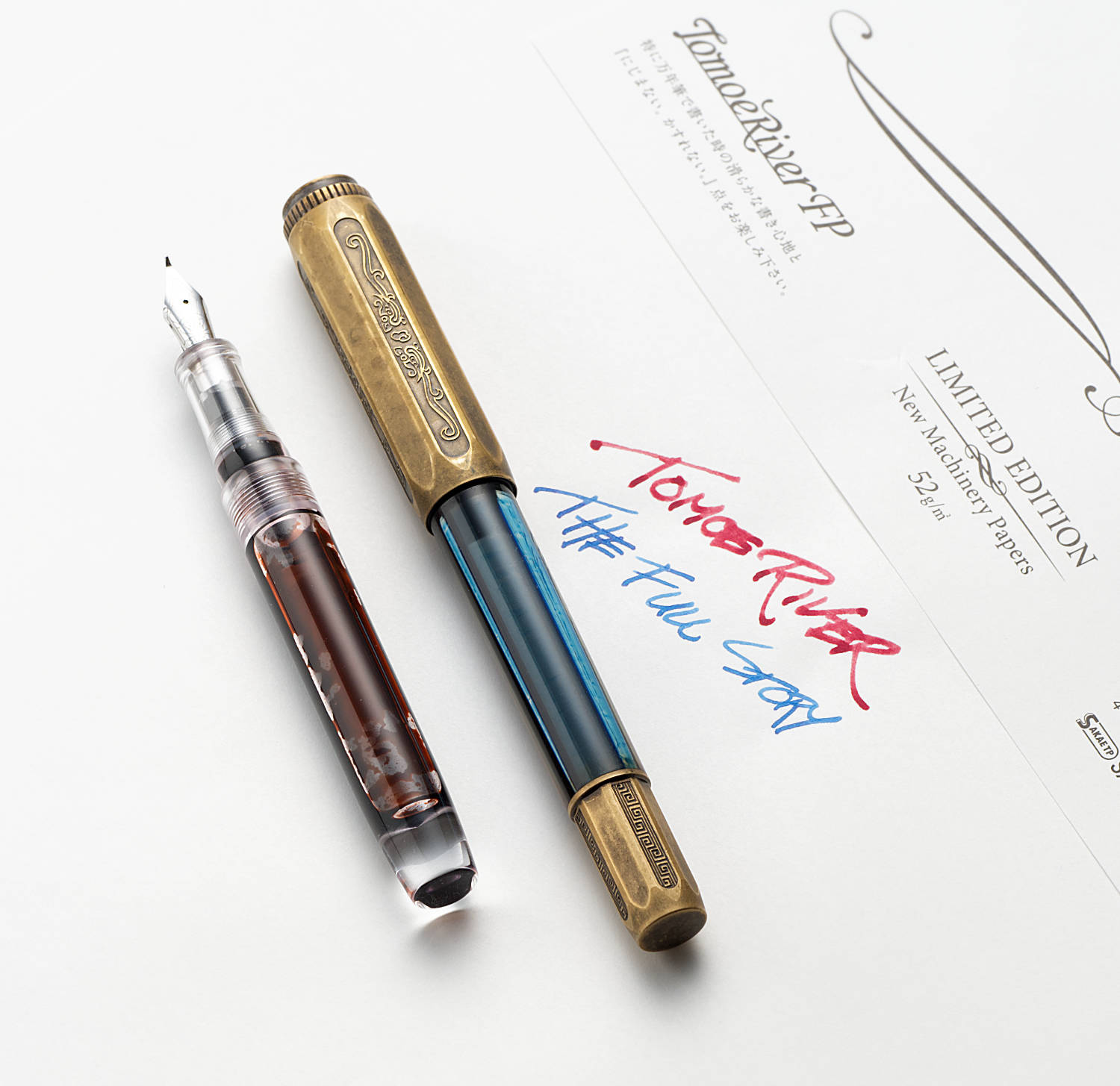 In 1981, Tomoegawa introduced Tomoe River, a lightweight, coated paper stock. It was originally designed for commercial printing, and the very first use case was Bible printing. Magazines and booklets soon followed.

In April 2019, Tomoegawa announced that the machine producing Tomoe River, Shizuoka Plant #7, would be decommissioned at the end of the year, citing declining demand. However, production would be moved to another machine, Shizuoka Plant #9. This is when the discussion about new versus old Tomoe River started. New Tomoe River is paper produced by machine #9.

Tomoegawa has since clarified (see below) that production of both the 52 gsm techo and 68 gsm N for stationery was moved from machine #7 to machine #9. In other words, the N variant was originally produced by the old machine. However, since moving production, N is now made to order.

Sakae Technical Paper, which is the sales agent for Tomoe River and also produces its own line of notebooks and loose-leaf paper, confirmed to me that they have not produced any notebooks with paper from the #9 machine. The only Sakae product with “new” Tomoe River is their Limited Edition New Machinery Papers 52 gsm loose sheets with product code TMR-A4LM-W.

In April this year, Sakae announced that a long list of Tomoe River SKUs would be discontinued. Clarifying this to me in writing, Sakae says that this announcement was specifically about their products made from “old” Tomoe River, i.e. not the new loose-leaf paper. Production of this paper would continue, for now, they confirmed.

In May, Tomoegawa dropped a bombshell: In their medium-term management report, published on the same day as the latest earnings report, the company outlined a number of initiatives to bring it back to profitability. One of the concrete items mentioned is a planned shutdown of Shizuoka machine #9, i.e. the machine that makes “new” Tomoe River, by the end of this financial year.

This is when the rumors, hoarding, and panic in the pen community started. Making matters worse, false rumors about production already being stopped due to wood pulp prices, were propagated by major stationery blogs.

Earlier today, I reached out to Tomoegawa asking for more information. They replied that the plan is indeed to shut down the paper-making machine during the second half of this financial year, but that they plan to outsource production of Tomoe River. Details are not yet finalized.

So, in short, while Tomoegawa will no longer manufacture Tomoe River after this year, production is likely to continue elsewhere.

For more on this, subscribe to Tokyo Inklings and listen to episodes 32 and 33. CY and I have covered this topic in detail. We are likely to continue the conversation in episode 34.

Below is the verbatim response from Tomoegawa, which I have been given express permission to publish.

There are three types of products in Tomoe River series. 1) Matte, 2) Notebook 3) N (68N). Tomoe River 68N was originally designed for printing application and hand writing was not considered.

After some time, ‘68N for stationery’ has been developed with superior hand writing properties. Both printing and stationery grade of 68 N were produced by No. 7 machine when it was in operation. After Tomoe River production was transferred to No. 9 machine in Jan. 2020, only stationery grade has been produced on make-to-order basis.

Sakae technical paper has placed a P/O to us for their inventory at the last production by No. 7 machine. Since they’ve recently depleted it, they made an announcement about the discontinuation of Tomoe River FP when their current stock is sold.

As you mentioned, No. 9 machine will also be stopped in the second half of this financial year. Regarding the replacement of No. 9 machine Tomoe River, we’re studying contract manufacturing. Once it’s developed, we plan to introduce it to our channel partners.